Haryana is a land-locked state located in the northern part of India. The state shares its boundary with Uttar Pradesh in the East, Punjab in the West, Himachal Pradesh in the North, and Rajasthan in the South. The state also surrounds the national capital of Delhi from three sides. It is one of the prosperous states of India endowed with rich natural and agricultural resources.

Haryana has witnessed a fast pace of industrial development in the past few years. The systematic infrastructure development especially in improving the connectivity to other cities in India via national highways and state highways has played a role in featuring Haryana as the choicest place for the setup of units.

Building expansion is quick, because it can be built into the original design. Removal of just one wall opens the door to many configuration options 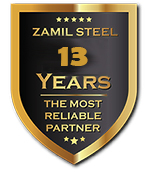